Each One, Teach One | Where I Live and Work 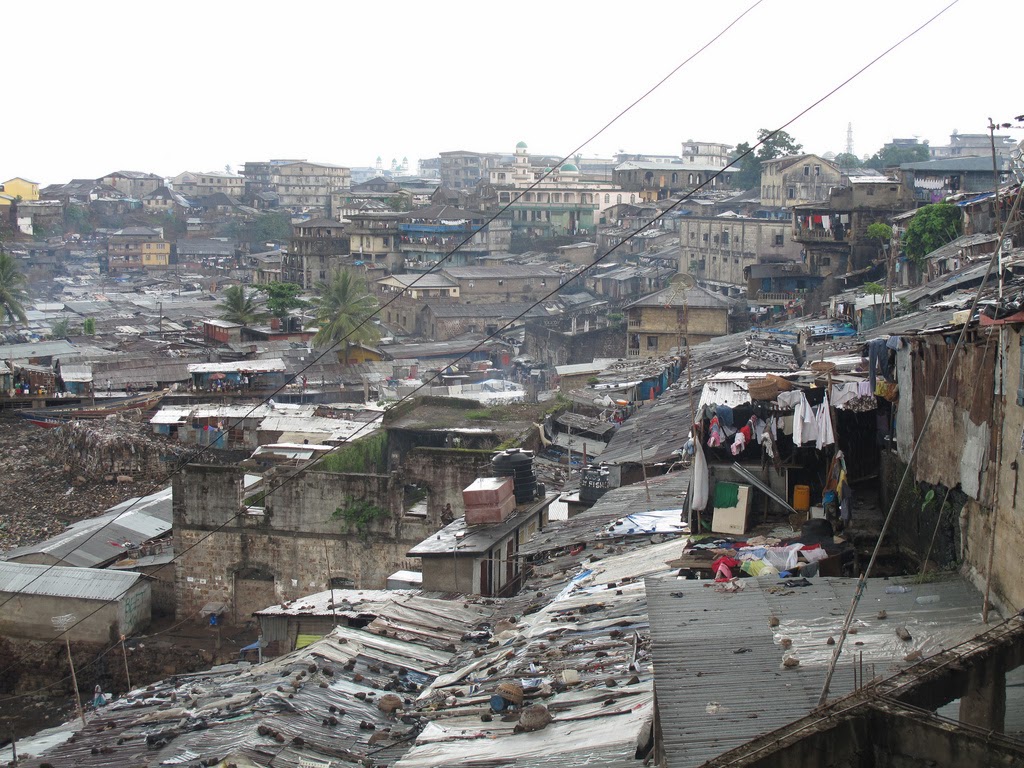 
Two years ago, Sonnah and her cousin started a nursery—a small preschool offering education to kids aged 3-5 before  compulsory, universal primary school—in the bustling east of Freetown. Like many a small business in Sierra Leone, Sonnah and her cousin have climbed up by their boot straps without any bank loans or angel funding.

“I do everything pertaining the school without sponsorship,” she in-boxed. “It's not easy.”

As far as Sonnah knows the Fisher Street-Big Wharf community has never had a nursery or a kindergarten.

“If revolutionary change in the past few years has propelled Sierra Leone onto the prosperity highway, then the citizens who live in the historic coves that ring Freetown were left in the dust,” writes Hadi Bah in Sierra Leone 365. “Like their counterparts in the epic slums of Nairobi, Mumbai or Port au Prince the residents of Freetown’s bays face daily threats,” Bah continues.

“There are no roads, just narrow paths among the tightly packed shanties known in Krio as ‘pan body.’ There is not enough space. There are not enough toilets. And the smell of sewage and rotten garbage hangs in the air. Dozens of well-fed pigs, a favorite livestock of slum residents, could not have found a better place to call home. A walk from Moa Wharf in the east end of Freetown through Susan’s Bay [or Big Wharf], past Falconbridge Point and onto Kru Bay is an expedition through a world whose existence many Sierra Leonean are unaware of.”

About three July's ago Big Wharf was foisted onto the national conscience. An out-of-control house fire left billions of Leones worth of property damaged in the sea front community. Notable among shanties ravaged were the large industrial refrigerators used by businesses for cooling wares, including chicken, water and soda, Awareness Times reported.


While ill equipped fire fighters struggled with the blaze, July skies above the city, sodden with rain, dumped enough water to compound the misery. Freetown sees a staggering amount of 46.9 inches over the peak rainy season.

Sonnah’s school was one of the many shoots that rose like an orchid in the mud.

“We named the school 'Big Wharf Women's Nursery' to win hearts and minds," Sonnah said. She reckons, however, there will be a name change further down the pike.

Schools were more richly resourced in Sonnah’s day at the J. T. Refell Memorial between 1965 and '72. Later, she went on to the Methodist Girls High School. A natural born sprinter, she competed in track and field events, hurdles and shot put. Sonnah also made the selection for the Sierra Leone National Athletics Team and was active between 1972-82.


In 1978, when she graduated junior high school, she chose to do her senior high school or sixth form at the Methodist Boys (MBHS), where she enrolled as a Scout in MBHS’s 2nd Freetown Troop. By 1980, she had started teaching at the Central Nursery,  then, entered, in 1982, the Women Teacher’s College. WTC was the alma mater of Ella Koblo—first ever woman to be appointed cabinet minister in Sierra Leone.
By 1984, Sonah was teaching school whilst nurturing her scouting activities. She rose to become a National Commissioner for Scouts in the Sierra Leone Scouts Association. Later, she developed a love for decorating in the 2000s: halls for wedding receptions and parties.

“As a decorator, I do cars, high tables and the hall and all. I enjoy every bit, I always have and am very creative,” she gushed.

“They pay forty thousand Leones (US$9.20) per term”, Sonnah explained. “A small amount. The people are poor. I am under a lot of constraints. Out of these fees I pay salaries.”