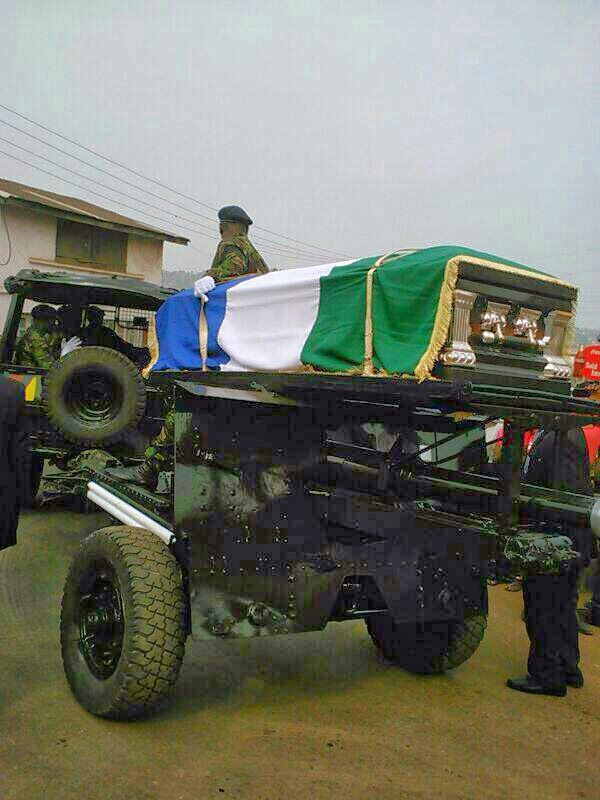 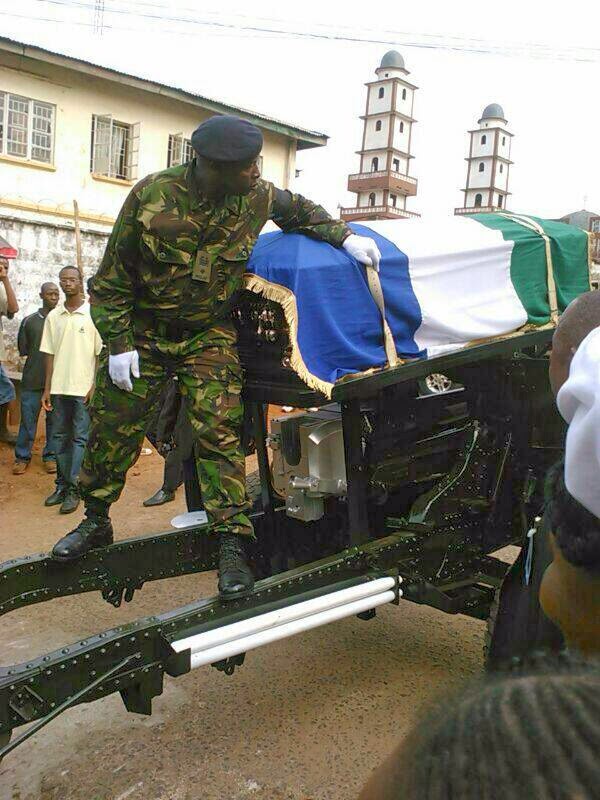 On Thursday, March 13, 2014, Alhaji Ahmad Tejan-Kabbah, wartime President of Sierra Leone, died after having suffered health complications for several months.  He was 82.


A state funeral service will be conducted at a central mosque in Freetown on Sunday, March 23, the day when the first shots were fired in 1991 triggering a decade long war.  Alhaji Kabbah will be interred at Kissy Road. 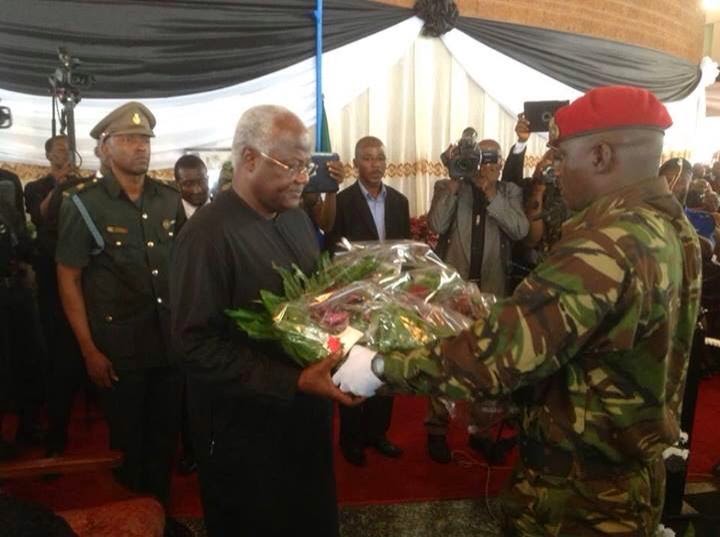 See below for a personal tribute Momodu Kawa posted on his Facebook wall:


The first and last time I ever saw HE Alhaji Dr Ahmed Tejan Kabbah in person, was July 1999. President Kabbah or Pa Kabbah as he was fondly known was on his way back from Lome, Togo after signing the land mark peace deal with the rebels led by the late Corporal Foday Sankoh. Early that day at work, I took a call from a friend who told me that President Kabba was coming through London on his way back to Sierra Leone and was meeting the Sierra Leonean community, to talk about the peace deal with the then rebels. After work, I met up with my good friend Lima Sufian Kargbo  and we made our way down to Westminster Hall in Central London.

It was a bright summer day in July and the hall was packed to capacity, we almost nearly did not get in but for a kind security guard who let us in through the back entrance. The mood in the hall was extremely tense, it seemed a fair split between those who thought Kabbah had sold out to the rebels after all the atrocities they had committed during the bloody civil war by granting a blanket amnesty under Sierra Leonean Law and those who thought he simply had no choice but to make painful concessions in order to restore peace in Sierra Leone. We were kept waiting for almost 30 minutes before Kabbah’s spokesman announced that President Kabbah was in the building and he would appear on stage imminently. The hall fell silent; you could hear a pin drop, there was a heightened sense of anticipation about what President Kabbah had to say.

When President Kabbah appeared he looked tired, but still very presidential a man on a mission one man carrying the hopes and expectations of a whole nation. He delivered his speech in combative mood, he made a staunch defence of the peace deal signed in Togo his reasoning and logic was clear and succinct, for him his government had no choice, our main backer the late Nigerian President General Sani Abacha was dead and the new Nigerian President General Abubakkar Salam was reluctant to keep on shouldering the financial burden of maintaining Ecomog, the mainly Nigerian troop contingent helping to keep Kabbah in power. Furthermore, a civil war by definition could never be won because you were fighting against your own citizens and lastly, the country did not have the financial resources to keep funding the war. The speech was interrupted in small part by catcalls and boos but Kabbah soldiered on, when he finished his speech he received a standing ovation, it seemed President Kabbah had converted many doubters in the hall in such a short space of time, he then fielded questions from the audience, walked round the hall shaking hands with members of the audience before leaving.

Today President Kabbah is no more, a great voice has fallen silent but his legacy lives on. There can be no question about the pivotal role Kabba played in our county’s history. He got Sierra Leone off “life support” and put us firmly back on our feet on the road to growth and development. Under President Kabbah a once failed state became a hailed state, a model for conflict resolution around the world. He never quite built as many roads as he would have liked but he built the road of all roads, the road to peace and reconciliation. Again, he never brought us 24 hours light but he lit our hearts forever when he signed the Lome Peace Agreement and brought peace to our beloved country. His love for country knew no bounds, he was a selfless politician always working to bring people together, even making peace between members of the then opposition a rarity in Africa where politicians use power in government to weaken in some cases destroy their political opponents. Kabbah had a clear vision, he wanted to nurture our burgeoning democracy, he believed in a state with strong institutions, where the rule of law prevailed. His legacy is there for all to see, in my world at least I see him as the father of democracy in Sierra Leone. Yes mistakes were made, yes there are things he could have done differently but let history be the judge and Almighty God.

President Kabbah’s death is the end of an era, an era that started off tumultuously but ended so well, in terms of nation building. President Kabbah now joins a long line of men and women no longer with us, some known some unknown, some famous some not so famous, old and young, doctors, nurses, politicians, journalists, lawyers, soldiers and civilians, people from all walks of life that helped in their own way to help President Kabbah rebuild our country may their glorious souls rest in perfect peace. I hope and pray all their sacrifices do not go in vain, may God grant our current leaders the wisdom and vision to do what is right for the country, this would be the ultimate tribute to the visionary and great statesman –
HE Alhaji Dr Ahmed Tejan Kabbah.