Raise the Game and Build a Better Future 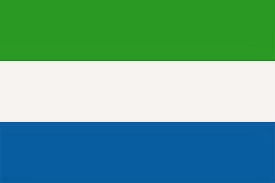 With reference to the incident which occurred on the 6th March 2014 at the Sierra Leone Football Association Academy in Kingtom, the Executive Committee of the FA in a meeting on Tuesday 11th March, has considered the severity of the matter and has referred it to the Disciplinary Committee of the FA to investigate and make recommendations.

In view of the above, the football family is advised to remain calm, pending investigations and recommendations by the Disciplinary Committee.

Furthermore, members of the Executive will not discuss the matter with the media as it is sub judice since it has been referred to the Disciplinary Committee of the FA.

FC Kallon had a penalty in the first half but failed to convert it, explained Abubakarr Kamara, editor of Eagle Africa Sierra Updates, on Facebook. A few minutes later Nottingham got the curtain raiser, said Kamara, who was present at the match and witnessed events as they unfolded.

Kamara added that Victor Lewis, chairman of Nottingham Forest - Sierra Leone, got into an argument with Kemokai Kallon. By halftime,  rising tension saw Mohamed Kallon raining abuse on referees. It got so bad, Kamara wrote, the match commissioner, Mr. Bull, was given a heads up but Bull made no move to remedy the situation. "It was like that till the start of the second half," Kamara wrote.

"In the second half, the tempo became hot but the referee was able to handle the pressure till [he] sounded his whistle for the end of the match. Immediately the whistle was sounded, Mohamed Kallon and his brothers rushed at the... official's table protesting that the referee... ended the match before the required 45 minutes. [B]ut the referee insisted that according to his watch, it's over 45 minutes of play," Kamara wrote.

"I was asked by Isha to talk to Kallon FC fans to leave the ground after the game because the fans were making comments against the referees. But I told her that she should ask them out herself," Mohamed Kallon told BBC Sport's Mohamed Fajah Barrie.

"She then slapped me on the back of my neck. I didn't retaliate and I even restrained my supporters from retaliating," Barrie wrote.

Photos of Kallon with welts on his neck were quickly uploaded to Facebook and Twitter, provoking debate for Sierra Leoneans on line. Discussions ranged from violence and aggression in a post-war country to the objectification of women as well as Sierra Leonean culture and masculinity.

"This Sierra Leonean gentleman man was allegedly slapped by a Sierra Leonean woman, in a public place in Sierra Leone (at a fooball match). It wasnt his wife, girlfriend, partner significant other nothing like that. Not even a member of the opposing team. Just a woman he had a disagreement with. What do you think he did next? What would you have done? What should happen to the woman?"


Abdul Kabba, a top supporter of Johansen's 2013 SLFA presidential campaign, had this response:

"But Kallon and his brothers have been allowed to get away with such behavior for a very long time, almost every season there is always an incident of this nature involving a Kallon and they have also made it a habit of attacking and insulting Isha.

"He deserves to be charged with assault, fined for his behavior and suspended for attacking match officials and the president of our football association. We need sanity in our football!" Kabba urged.

While some Kallon supporters admit he was abusive during the match, they insist that the ex-Inter Milan and Monaco striker did not physically assault Johansen.


"If [the other] version is correct, then Isha should not only resign, but criminal charges should be brought against her for assault," wrote one observer.  "Just shocked (from looking at the picture) that Isha's so-called reputation and exposure did little to develop that "thick skin" that...comes with such a high-profile job anywhere in the world--not just Sierra Leone.  Violence, regardless of which sex it comes from, is wrong."

But winning hearts and minds hasn't been easy even with an executive team of former footballers, referees, a long serving football administrator, and a catchy slogan: Raise your game.

Rodney Michael, one of Johansen's rivals for the SLFA presidency, who insists that they have since mended fences, observes that contrary to what the new press release states the FA has no Disciplinary Committee at the moment.

"Article 22.Q states that all judiciary bodies must be elected by Congress, the intent being to ensure independence and fairness. However, Congress is yet to elect the judicial bodies, which are Ethics, disciplinary and Appeals committees," Michael wrote.

Michael also predicts that the Sierra Leone's football community might have a long wait.

"They will have to wait for Congress, which can only be held in the second quarter, as stated in the constitution, to elect the judicial committees so the disciplinary committees will investigate and rule on this matter."

He conceded however that could be "a temporal option."

"Which is for the arbitration tribunal under Article 63, I believe, to mediate and hopefully reach an amicable solution. But I doubt Kallon will accept a tribunal appointed by the executive committee. Except if it is independent and Kallon is convinced."


In August 2013, few weeks before the SLFA elections, Barrie reported that world football's governing body Fifa had endorsed the decision to disqualify Mohamed Kallon and two other candidates from the Sierra Leone Football Association's presidential elections. The other two disqualified candidates were Rodney Michael and Foday Turay, both because they contravened Article 25 of the Fifa code of Ethics which deals with betting, gambling, lotteries and similar events or transaction connected with football, Barrie wrote.

Sierra Leone is currently at 73 in FIFA rankings, down 6 points since 2013.