Rachel Horner is a poster child for Sierra Leone's now 30-something war generation--shaped by the events, developments and trends of her time. Sewa News caught up with her on Facebook and over a series of inbox messages and  e-mails, Rachel reflected on progress made since she graduated from high school in 2000. She also called for change.

This International Women's Day,  Sewa News celebrates Rachel's determination and the extraordinary role she has played in the history of her country and her community. 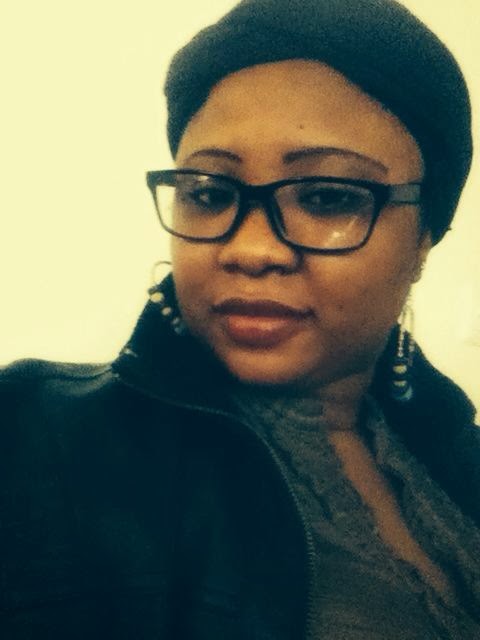 When young Rachel Horner started school in Freetown in 1989, her nation was on the brink of war. But few knew, in March 1991, that it'd be eleven long years before the government would declare the war officially ended.

After the first shots were fired in the east of the country near the border with Liberia, the conflict soon spread to various parts of Sierra Leone, leaving the capital city in uneasy calm.

By 1994,  Rachel moved from her local United Methodist Church Primary School to The Annie Walsh, one of the oldest schools for girls in West Africa. But five years later the most auspicious event for her generation wasn't high school graduation.

On January 6, 1999, rebel forces entered Freetown, murdering, mutilating, and raping thousands of civilians as they advanced. During the three weeks it took for West African peacekeeping troops to expel the rebels from the capital city, Sierra Leone officially became the most dangerous country in the world in which to be a journalist.

Rachel Horner wasn’t deterred in her quest to be a reporter.
“As a girl my fondest memories are of my grandmother who taught me a lot of things; gave me direction. My grandmother showed me a lot of love. She advised me to be good and kind to my fellow human beings, to be honest and responsible. She also introduced me to current affairs by insisting that I read the newspaper and relate to her what I read on a daily basis. This kindled an interest in journalism, which has remained with me to this day,” she said.

Rachel left school and got involved with the Forum for African Women Educationalists, (FAWE), a non-profit operating out of 32 African countries with a mission to empower girls and women through gender-responsive education. FAWE opened up Rachel's world to the burning issues of the day: health, education, women and the girl child.

A year later, Rachel landed her first job as reporter with the small, fledgling Wisdom Press, and then with a much larger newspaper.

“I was subsequently hired as a trainee, then progressively promoted to more challenging reporting assignments.”

The big stories of the day included demobilization of  75,000 ex-fighters, including child soldiers. With the political situation stable, the United Nations Mission in Sierra Leone helped organize the nation 's first post-war presidential and parliamentary elections in 2002, the same year Rachel took a new job as a cub reporter at the Concord Times Newspaper.

Three years on Rachel enrolled in a two-year Peace and Conflict Studies diploma at the Milton Margai College of Education and Technology.

"My encounter with other students provided me opportunity for self-development," Rachel recalled. One of my professors was in the habit of saying that by coming to college we ‘were transforming abysmal darkness to transcendental light.’"

Lofty words but appropriate to describe push back of a brutal war with ongoing  atrocities.

"College gave me the opportunity to interact, think independently and develop political consciousness. I utilized the opportunity by being active in student affairs and learning new facts. I became engaged in students’ activism with respect to gender issues, national, and students’ politics," she said.

“I gained a deeper understanding of the standards of fairness, accuracy, and ethics in media," Rachel said. "My work taught me that a good investigative journalist should be objective, unbiased and support the idea of freedom of speech."

Her work also got her noticed and brought opportunities for professional development on assignments in the ECOWAS region, Europe and North America.

She covered the Global Ministerial Forum on Research for Health in Bamako, Mali; Global Investigative Journalists Conference in Lillehammer, Norway; and the International Festival of Freedom of Expression and the Press in Ouagadougou, Burkina Faso. She also won the Independent Media Commission (IMC) of Sierra Leone’s 2008 award for investigative and human rights reporting, 2010 award for the best health coverage, and 2010 award for “Best Female Reporter for Print in Sierra Leone.”

An active member of many local media organizations, including Women in Media Sierra Leone (WIMSAL), Rachel took the opportunity to come to America in 2011 to pursue a degree in communication with a special focus on news writing at the Northern Virginia Community College.

"I enjoyed work as an investigative political reporter. One of my best experiences in professional journalism was getting information on illegal activities of politicians by interviewing whistle blowers. This was exciting because it revealed crucial information that exposed inefficiency and corruption of some politicians and civil servants whilst protecting the identity of the whistle blowers," Rachel recalled.

"All in all I found my profession very rewarding because I felt I was contributing to better governance and to improving the lives and women and children in my country."

She also says there have been many achievements since the war ended but challenges remain, such as the still high rate of maternal and child mortality and illiteracy.

Some progress in protecting women has been made, for example the Sexual Offenses Act and Domestic Violence Act have been enacted. These laws protect the rights of women. Furthermore the Devolution of Estate Act protects the right of women in inheritance."

Yet, despite the passage of these laws, implementation still remains a big challenge, Rachel said. "It is therefore important to remain vigilant and continue the campaign for women’s rights. No nation can be considered to be truly free if the rights of the women are not respected or guaranteed."

Rachel Horner is a Senior Reporter at the Concord Times in Freetown, a leading daily newspaper providing independent news and feature stories on Sierra Leone.  She is presently pursuing a degree in Mass Communications and Journalism at the Northern Virginia Community College in the United States.  She is a leader in many media organizations, including Women in Media Sierra Leone (WIMSAL) and Sierra Leone Association of Journalists (SLAJ).