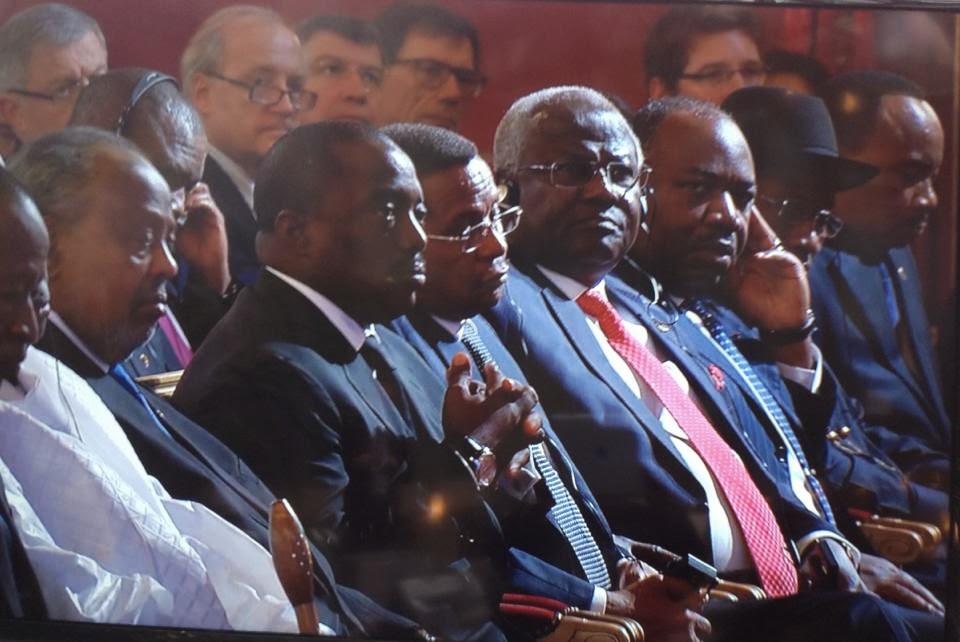 French President François Hollande hosted the two-day Africa-France summit a day after the UN Security Council adopted a resolution authorizing French and African troops in the Central African Republic (CAR) to use force to protect civilians.

President Koroma also said that France has demonstrated over the past five years a willingness to engage as a global security actor. The contribution of troops to peacekeeping operations for the European Union (EU) mission in Chad and United Nations (UN) missions in Côte d'Ivoire as well as interventions in Mali and now in Central African Republic is an indication that France means well, he said.

Sierra Leone's president maintained that African countries have made progress in addressing threats to peace and security, tackling youth unemployment, money laundering, cyber crime, and human trafficking as well as smuggling of drugs, weapons, endangered species, body parts, and nuclear material. "Sectarian conflicts and piracy in the Horn of Africa and the Gulf of Guinea are emerging threats both to economic and human security in Africa", he noted.

Mahamadou Issoufou, president of Niger since 2011 and prime minister from 1993-4, told reporters that African countries would need years to invest their military capabilities. "This is a result of international institutions asking us to end spending on security. That's weakened our nations," he said. France is keen to distance itself from the system of 'Francafrique' when, for decades after independence, it propped up authoritarian regimes in return for business contracts.