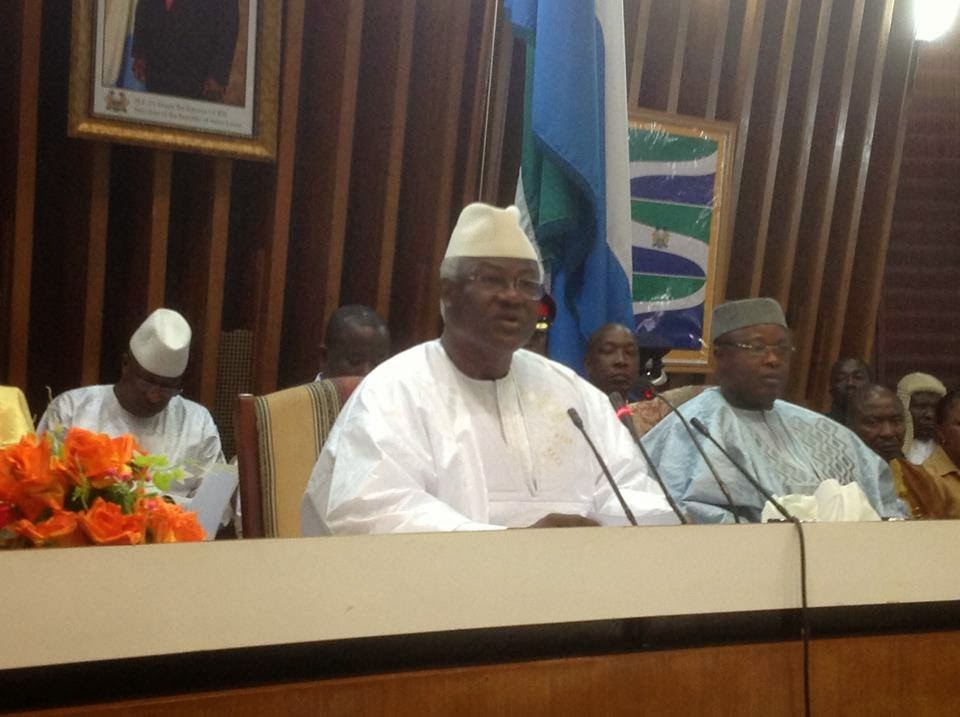 President Koroma gave a state of the nation address today at the Second Opening of Parliament. A one time member of parliament, Koroma rallied his 6 million countrymen as never before in his eighth appearance as president since he was elected in November 2007.

"I like Parliament," President Koroma said. "My first job as a politician was in this House--once a parliamentarian, always a parliamentarian. That is why, even as President, I have ensured that we continue to build the capacity of parliament more than any time in the country’s history.

"That is my pledge to you: to do more for this country than at any time in the nation’s history. To build roads, grow the economy, increase salaries of teachers, police, soldiers, health workers and lecturers; reform the public service; create programs targeted at the health of mothers, pregnant women and children; and to invest in education."

Acknowledging the challenges and criticism (such as this week's Auditor General Office's issuance of an "Adverse Opinion" on Financial Statements of the Government of Sierra Leone) the president said: 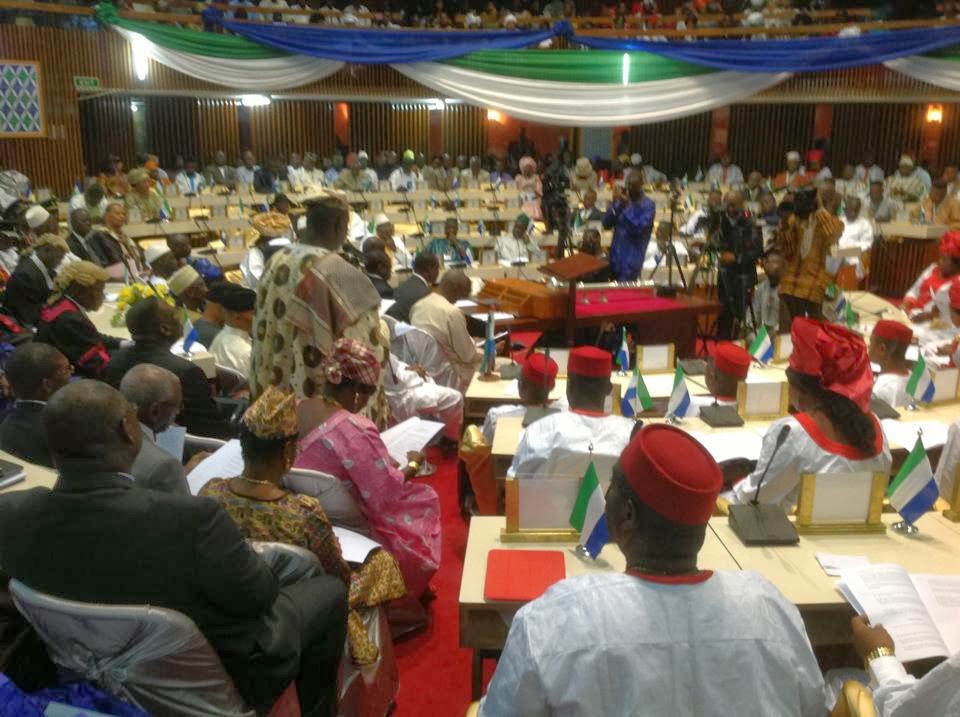 "Many among us have been taken aback by the irritations and inconveniences of living in a country with a promise of greatness but a reality of great limitations for the overwhelming majority of our fellow citizens. A friend of mine, a brilliant Sierra Leonean Professor in a renowned university once narrated his embarrassment at being asked by a student enthused by the audacity of his lectures: How come, sir, that with such brilliance, your nation is at the bottom rung of many human endeavors?

"This is a question so many of us have pondered? How come with so many of our people excelling all over the world, from medicine to languages, to computer science, to engineering, and international administration that our country got stuck for so long at the bottom rung of human achievement?  How come that a nation blessed with such rich natural resources have so many poor people?”

Koroma said he'd joined politics to lend his skills and put a stop to these contradictions.

"We are in politics to end the indignity of being at the bottom of many indicators of human progress. Today, we are climbing up the ladder," he asserted. "In 2012 we moved up ten places from the bottom of the United Nations Development Index. Since 2008, we have moved up from being the 158th nation in Transparency’s International Corruption Perception Index to being 119 today.

"We still have challenges--we still have to move from the bottom rungs of mortality and morbidity indicators, but we have acted with great commitment in establishing the free health care initiative, and we believe that newer comprehensive statistics on our health indicators would register the achievements we have made in this area. We need all hands on deck to move the country forward. It is not about APC (All People's Congress political party) or the Government; it is about our beloved Sierra Leone, her sustained development and the legacy that we want to pass on to generations yet unborn."